Transformer demagnetization can also be performed with all RMO-TT instruments.

The series is consisted of 3 models, with maximal test current from 40 A (RMO40TT) to 100 A (RMO100TT). RMO100TT is the only portable transformer resistance meter in the market with a 100 A DC output current.

The three independent channels enable the testing of three windings in series. Consequently, a user can measure winding resistance in every tap position of an on-load tap changer without discharging between the tests.

In addition to winding resistance measurement, a user can perform a detailed on-load tap changer analysis by analyzing recorded graphs (10 kHz sampling rate) and by measuring vibrations on an external tap changer tank.

All RMO-TT instruments have a built-in tap changer control unit. Because of this, it is possible to remotely control the on-load tap changer (OLTC) directly from the device. Also, a user can program DV-TR software to do everything automatically – running winding resistance tests and changing OLTC tap positions.

The DV-TR software also enables control and observation of the test process, as well as saving and analyzing the results on a PC. It provides a test report, arranged in a selectable form as an Excel spreadsheet, PDF, Word, or ASCII format. Additionally, DV-Win measures and calculates the OLTC transition time, the ripple, and the winding resistance for each tap-changing operation. The software can also perform the calculations necessary for the “Heat Run” test.

All results can be exported in the report format. 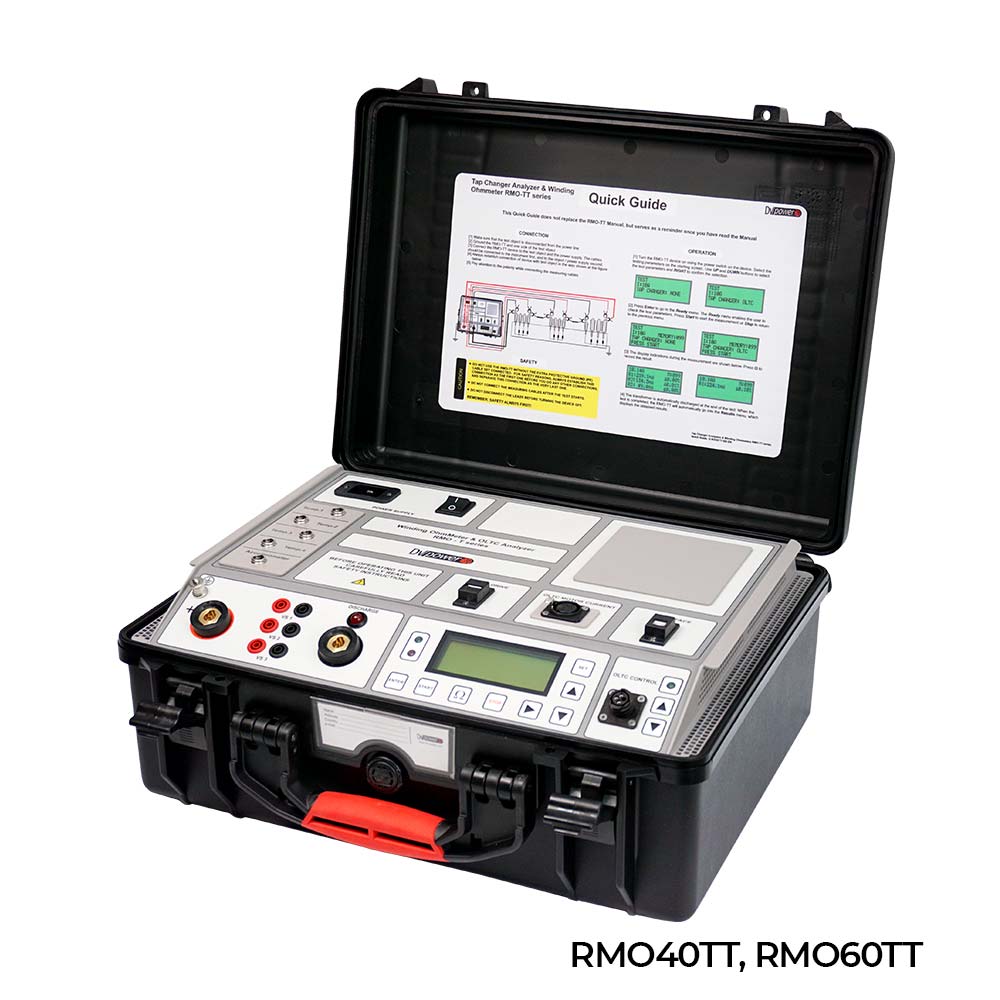 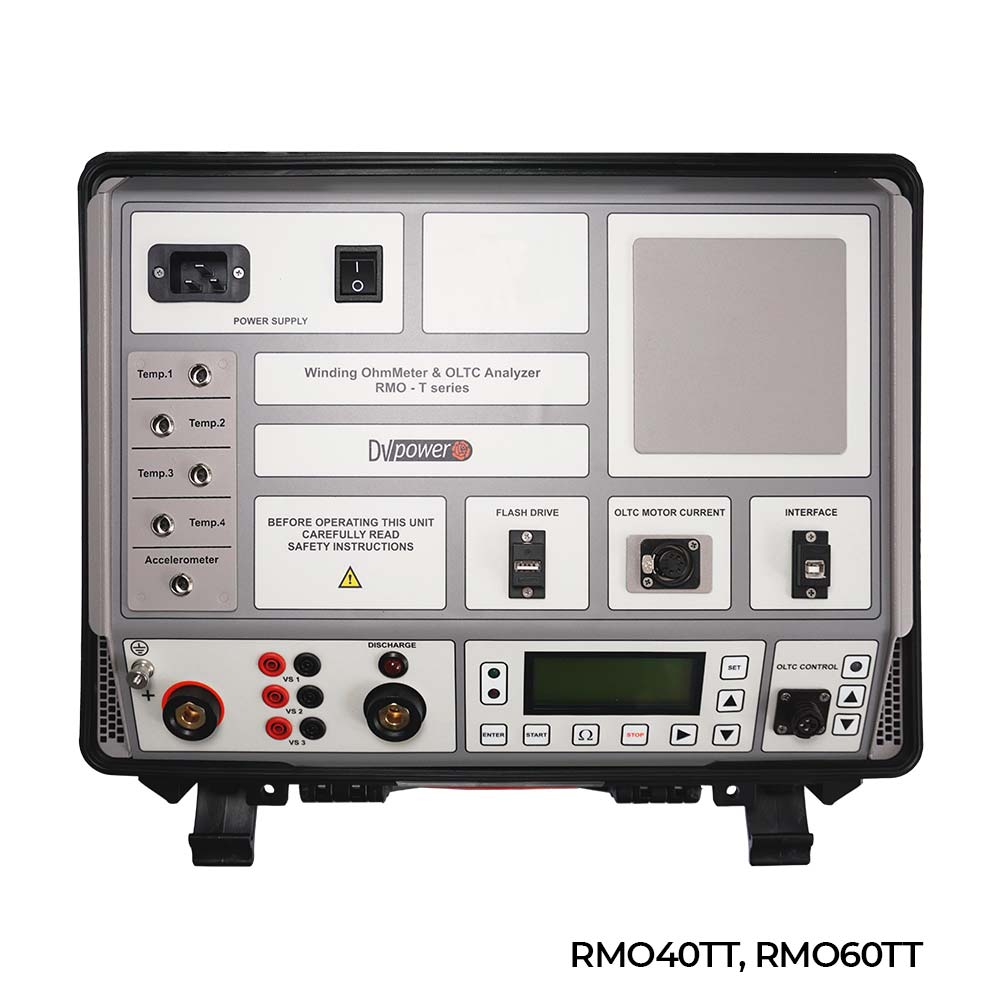 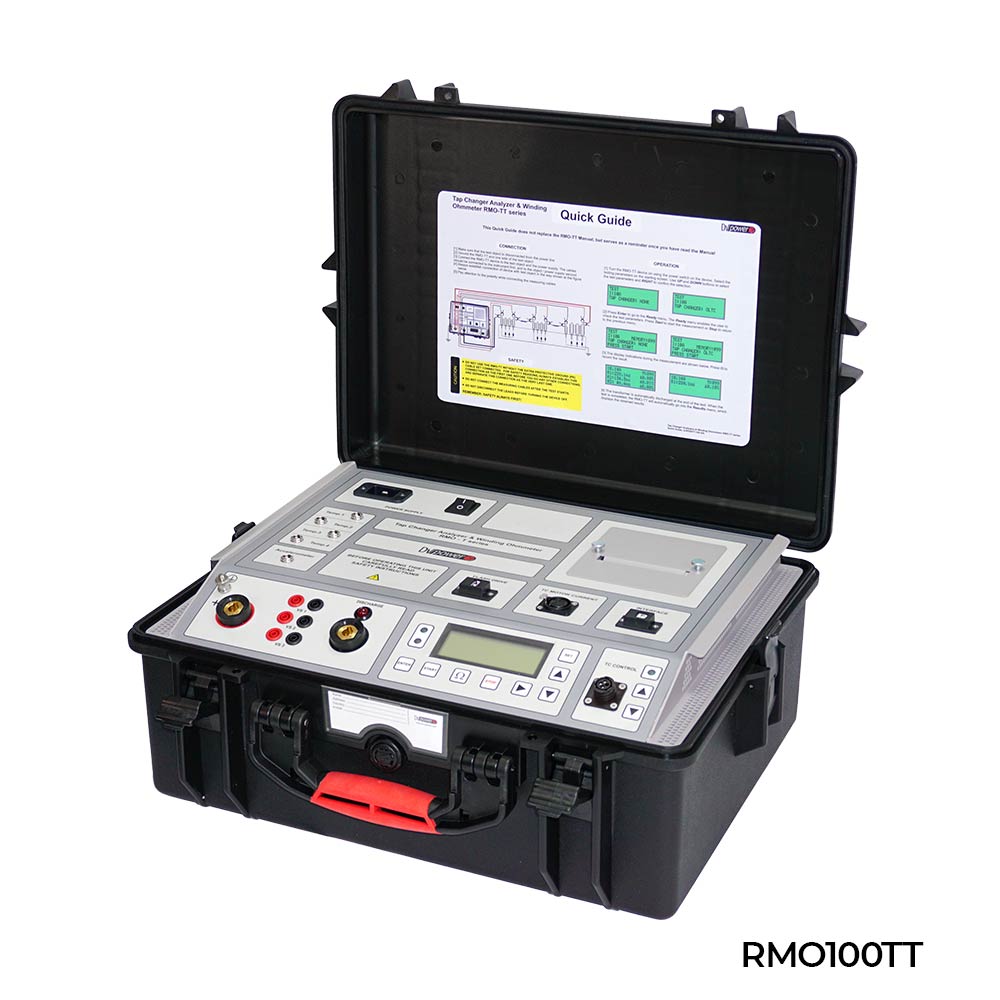 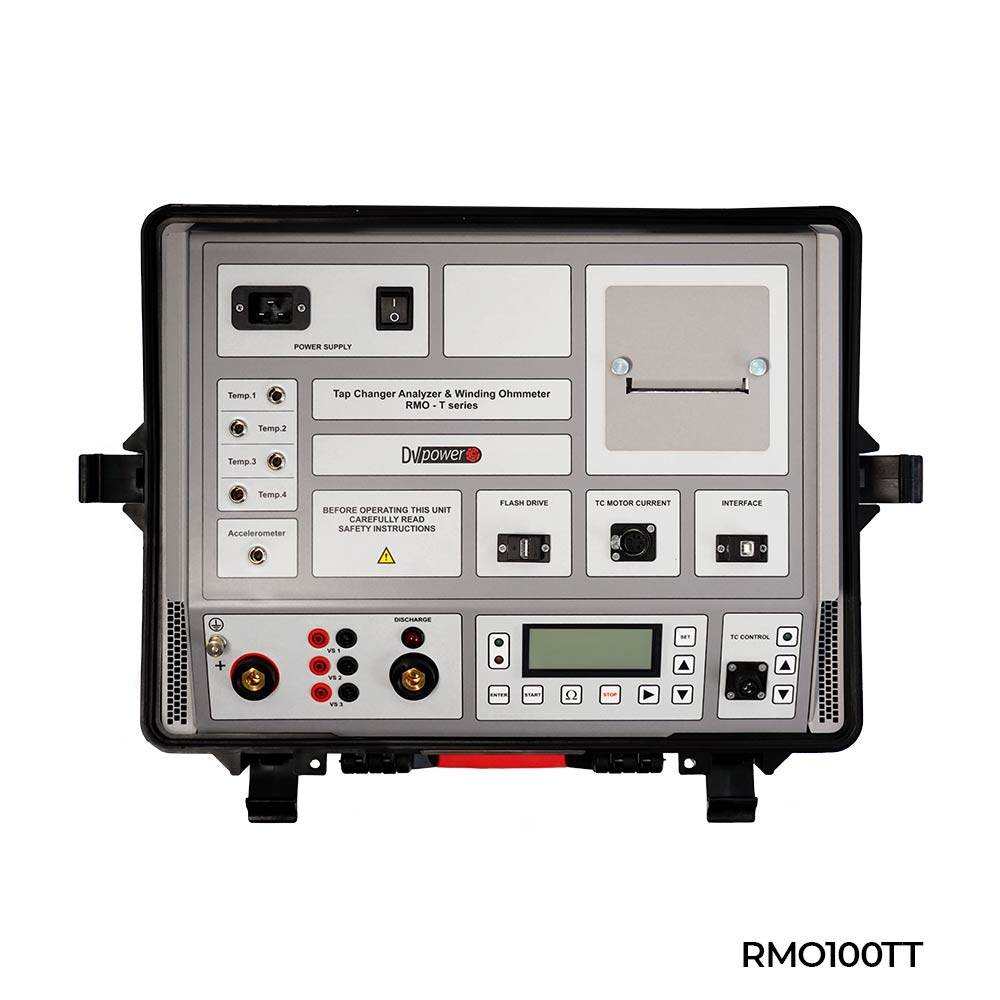