Single and true three-phase turns ratio tester with generated voltage up to 250 V.

All models, except TRT03 and TRT-H series, have a built-in true three-phase power source, which is necessary for testing turns ratio of transformers with special configurations, such as phase-shifting, rectifier, arc-furnace, traction transformers, etc.

All DV Power turns ratio testers, except TRT-H series, have a built-in tap changer control unit. Because of that, it is possible to control the on-load tap changer (OLTC) directly from the device. In order to make the most out of this feature, the instrument and included DV-Win software can be programmed to do everything automatically – running turns ratio tests, changing OLTC tap positions, and saving results. This option significantly facilitates and shortens the turns ratio testing time. 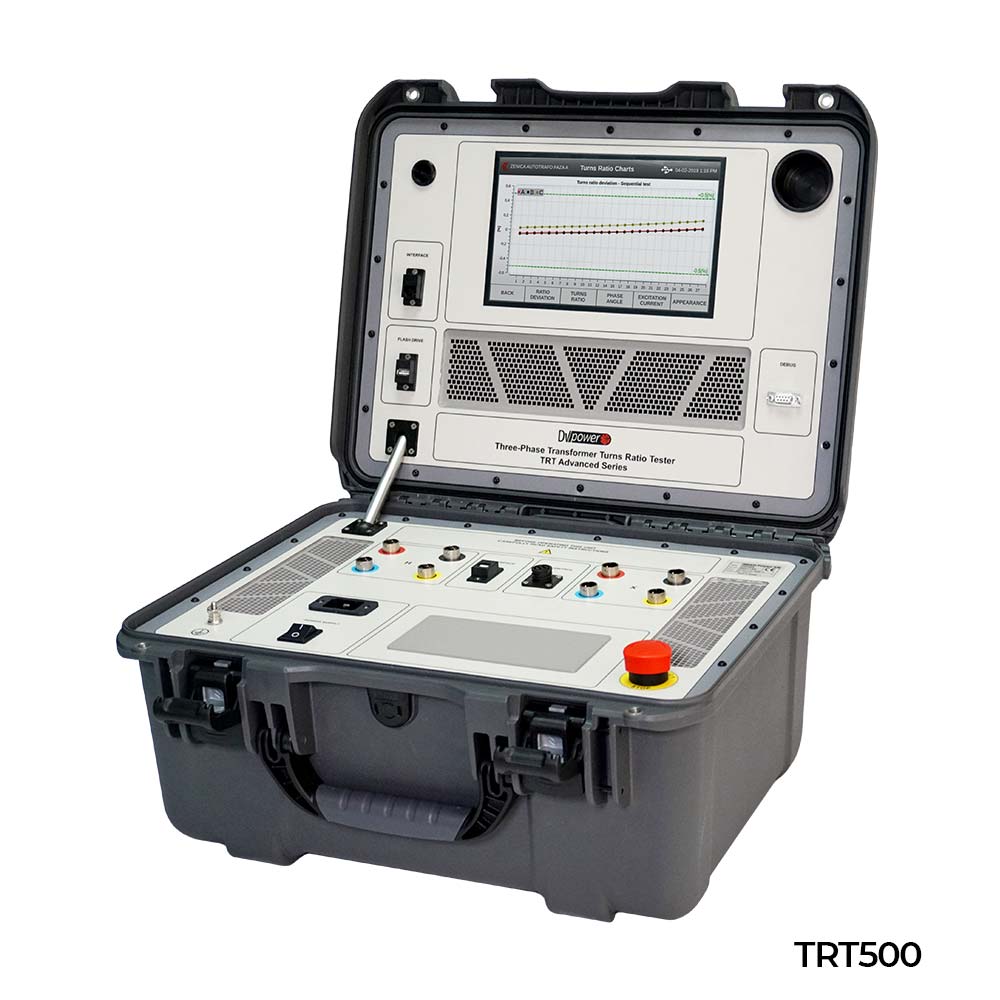 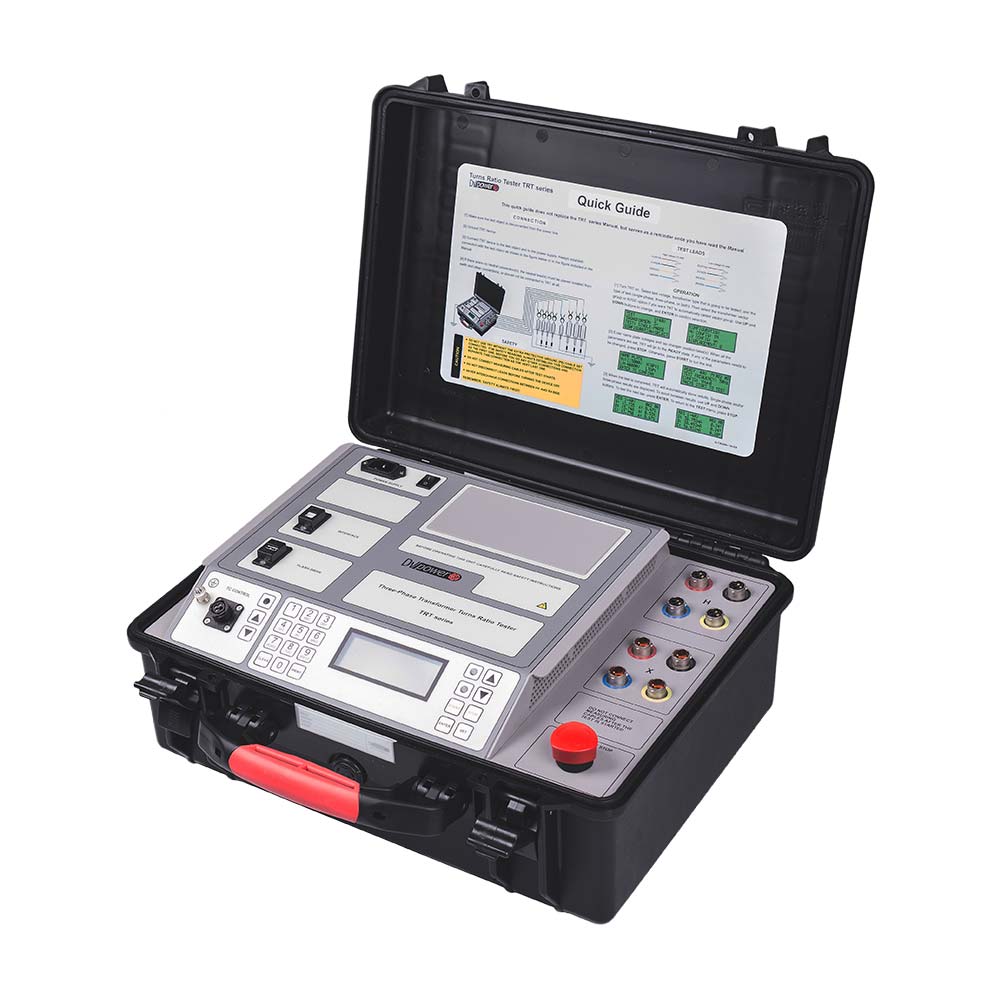 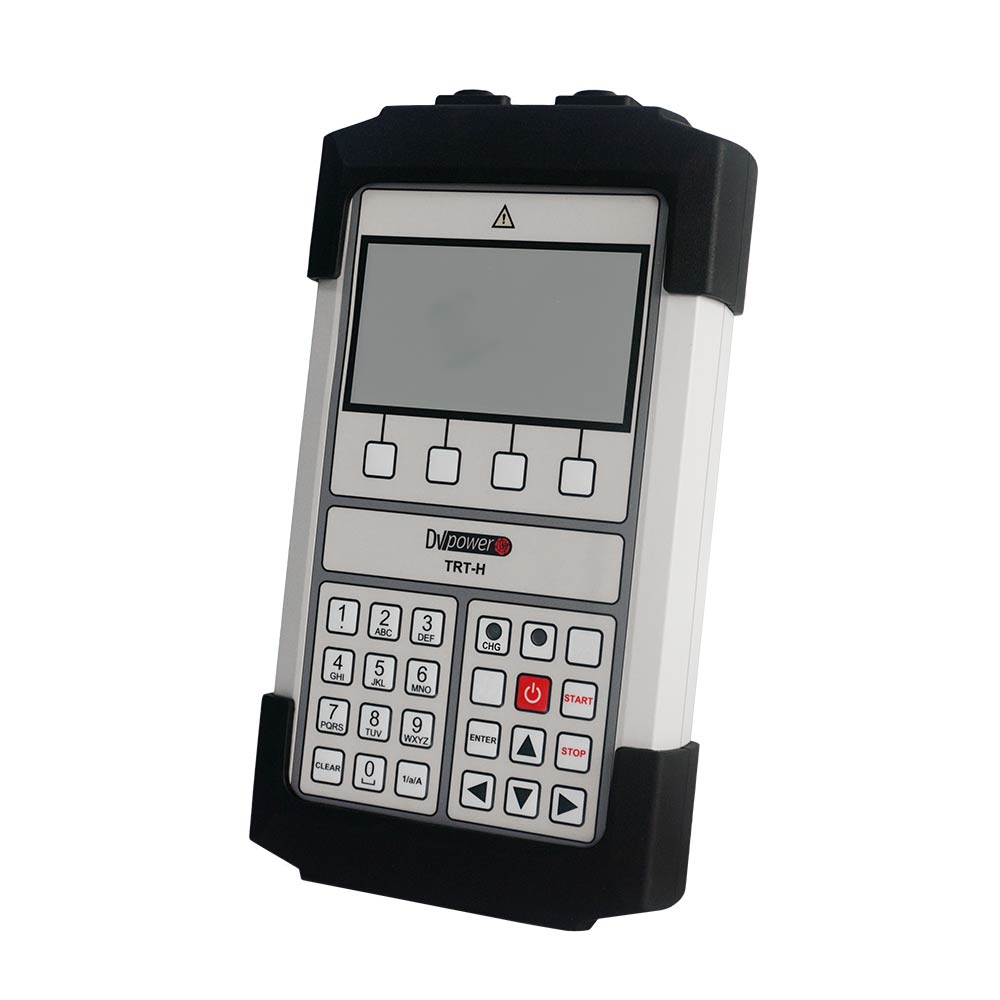