After a DC current test, such as winding resistance measurement, the magnetic core of a power or instrument transformer may be magnetized (remnant magnetism). It can cause various problems such as wrong diagnostics, inaccurate measurements on a transformer, inrush current at the start-up of a power transformer, or incorrect operation of protective relays due to magnetized CT cores. The best way to eliminate this source of potential problems is to use demagnetizer on the power or instrument transformer.

The DEM60R is a fully automatic test instrument which performs three-phase transformer demagnetization. Transformer magnetic core demagnetization requires the application of AC current with magnitude decreasing to zero. DEM60R provides this AC current by internally changing the polarity of a controlled DC current. During the demagnetization process, the instrument supplies the current at decreasing magnitude for each step, following a proprietary algorithm. It can demagnetize single-phase and three-phase power transformers.

The instrument can be connected to all three phases of a power transformer to be demagnetized, on either the primary or the secondary side. If a user selects specific vector diagrams for different types of transformers, DEM60R will run a specific demagnetization procedure for each transformer type (i.e., single phase, delta, wye/star, zig-zag.) without switching the test leads.

DEM60R enables safe and efficient power transformer demagnetization. The instrument automatically regulates the injection of current and discharging energy from the inductance. During and after the operation, an intrinsically safe discharge circuit with an indicator rapidly dissipates the stored magnetic energy. The discharging circuit is independent of the power supply, which improves its reliability in case of loss of power.

Test currents of up to 60 A DC enable efficient demagnetization of even the largest power transformers. Using a DV Win software, it is possible to control DEM60R externally. 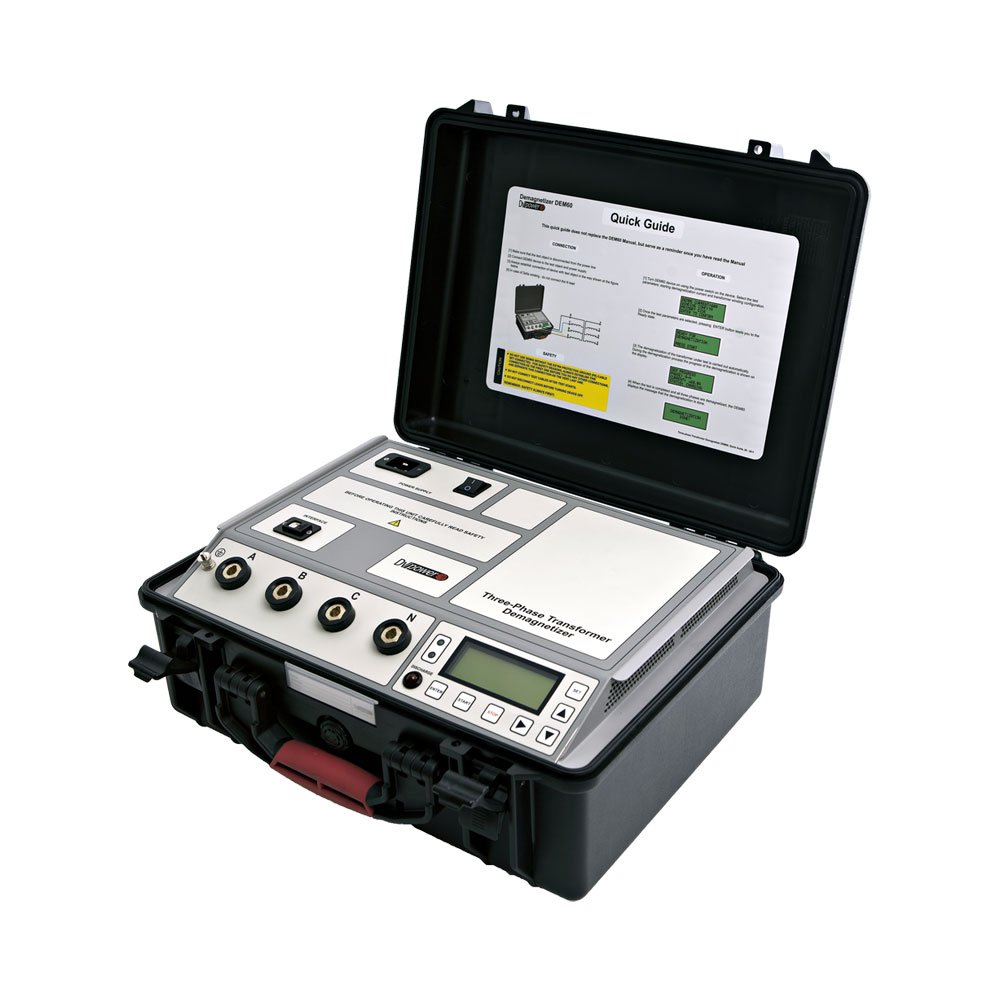 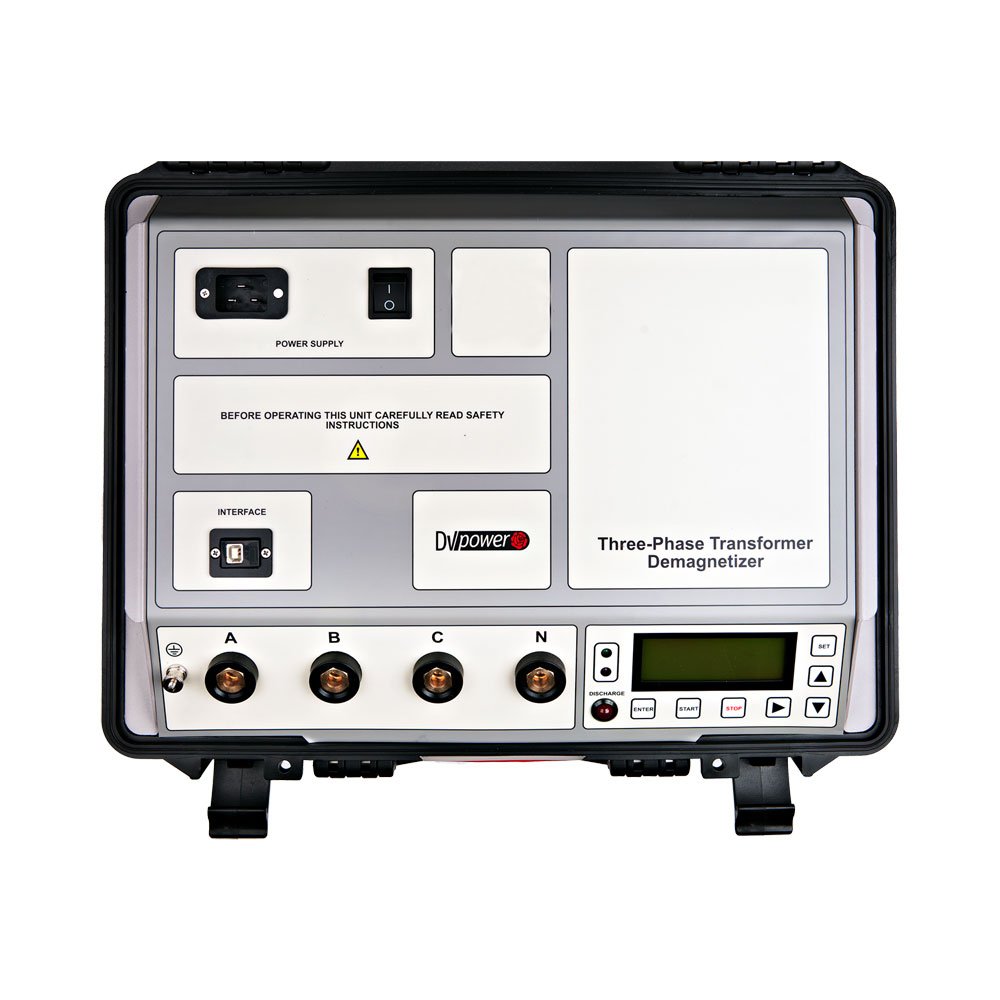 DEMAGNETIZATION CURRENT
Up to 60 A DC